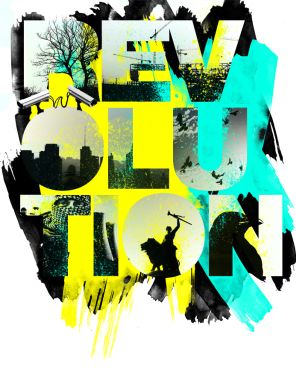 It took me a while to get started on this article, but I finally gave up on trying to come up with a great post on personal change and went with what I know best: social justice. I’m an activist by profession and passion so it’s hard for me not to talk about politics whenever I can.

Social justice is inconvenient because it requires change not just on the individual level but on the community, regional and national level, and ultimately the global level. Strangely enough though, the more people you can get to change, the easier the situation becomes. Why? Well, Grace’s post on group mentality to change is a great example of this logic but also, social movements essentially mean a group of people working towards one common cause. The momentum alone is enough to affect change. For a lot of people, myself included, it feels like the burden of responsibility is too much and it’s incredibly difficult to want to continue working towards that bigger picture because any kind of movement is slow and filled with squabbles and challenges-much rather like life.

Social justice is also inconvenient because the end results usually don’t measure up to any standard of success. Rather, it doesn’t adhere to any one set of standards considering movements of any kind of magnitude takes on a life of its own and given enough time, becomes sluggish and bogged down in logistics, details and conflicts. Movements diverge and become separate entities and create what we like to call the “silo effect” where half a dozen organizations all with the same or similar mandates end up competing for limited resources from the same group of funders, jealously guarding their work. If that isn’t inconvenient, I don’t know what is.

Don’t start a revolution, join one

The good news is that whatever inconvenience social justice poses, the ultimate goal of making the world a better place for all to live in is worth pursuing. Personal change gives you the motivation to pursue your social justice dreams (whatever they may be) but if you’re like me and not particularly interested in redefining the issue, join the movement. There are, after all, half a dozen or so organizations of your choice to join and to help out by utilizing the awesome skills you picked up while undergoing your personal change. And trust me, they need all the enthusiastic passionate help they can get. So if you’re intimidated by the big picture and feel confused, don’t try to start a revolution-join one instead.

AUTHOR BIO: Mandy is a 24-year-old social activist living in Canada, wandering aimlessly through the internet looking for the meaning of life. She has her Bachelor of Arts degree in Political Science, which is, incidentally, also her passion (political science, not the degree). She currently works for a non-profit organization whose mandate is human rights education through the framework of the Universal Declaration of Human Rights. Her collaborative blog project, tentatively titled Sensical Politics, is in the works and should be unveiled on Canada Day (July 1). Reach out and give her a shout on Twitter today!