One Hundred Ten Percent (On Obligating Yourself to Your Dreams) 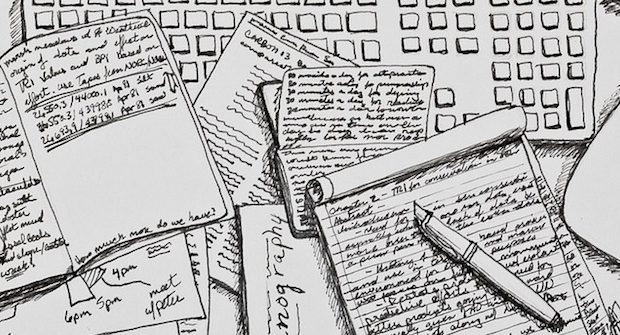 “When you decide to go after a new dream, you need to give less to your current reality and more to your desired reality. I see this struggle especially with people who want to leave a situation to start their own thing: You set your sights on your dream, and yet, you keep giving your current, kinda-crappy situation 110% — out of habit, obligation, fear or image control. You keep putting in crazy hours at your current thing, while the New Thing just… waits for you to find the time… getting the scraps of your energy and attention.”– Danielle Laporte

Sound like you? It sure sounds like me. I’ve been here – and in some ways I’m there right now. I identify myself as a “Type-A Overachiever” or as Gretchen Rubin puts it, an “Upholder”. A go-getter type who’s 110% all-in to whatever may be in front of me at the moment.

But then something new comes along. A new idea (I have an insane amount of those). A new project or thought or topic to write about or focus. And then I feel torn – torn between the current normal and the new normal.

So inevitably being the go-getter that I am, I try to put 100% into both. But we all know that flat-out isn’t possible. Something starts to slack and becomes weaker, and then, being the kind of person that I am, I get stressed, frustrated, overwhelmed  and retreat back to whatever was – instead of what could be.

But Danielle, as she often does, hits the nail on the head. Because, as she says, to be successful at whatever that new thing/idea/intention may be, you have to “take your energy out of what you don’t want to be doing anymore so you can put it in what you really want to be doing.”

It sounds so damn simple, but it can be incredibly crippling to actually execute. Because it involves taking a critical look at where you are and where you want to be – and it takes an understanding that, in order to get from HERE to THERE, you’re going to have to make some tough decisions and you’re likely going to disappoint some folks along the way.

Today I task you with thinking about a dream you have – just one goal. For me, I’ve got a passion project (which I’ll be sharing the details of in the not-too-distant future, but, foreshadowing, it involves craft beer – surprise, surprise) that I’ve put off because I haven’t made time for it.

Whatever it is for you, if it’s simply a lack of time that’s holding you back, join with me today in MAKING time. Quit something. Spend less time on one thing that isn’t a priority to make time for that one thing that is.

“Obligate yourself to your dream” and make it a reality.

Posted in LifeTagged 110%, All or nothing, Danielle Laporte, how to focus your energy, priorities, use time wisely, what should you be focusing on?