How I Stopped Holding Myself Back. 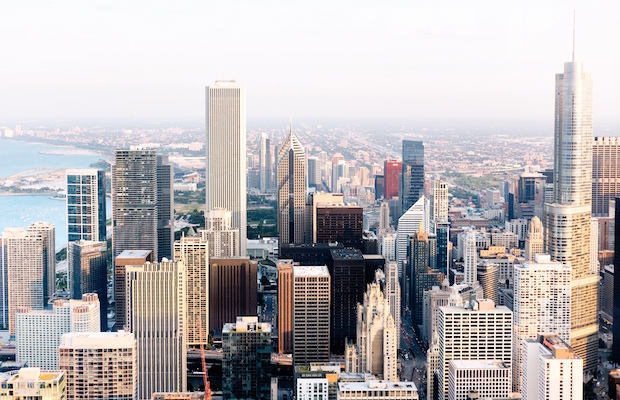 60 days ago I had a job at a respectable ad agency, a two-bedroom apartment, and a semi-comfortable way of life. 60 days later I’ve gotten engaged, quit my job, packed my bags, and moved to Chicago without a plan. Talk about big changes. It’s crazy how much you really move when you start trying – how much you surprise yourself when you dare to be different.

Throughout this journey, a lot of you have stopped and asked me how it’s going, if I had any regrets, and if, looking back, I would have done anything differently. I’ve also learned that a lot of you are in the same boat I was – feeling trapped, wanting to take a leap of faith but being held back by your own fear and doubt. Here are some things I’ve taken away for myself so far.

Overcoming the “I can’t” dilemma.

As my fiance can attest to, I was scared shitless to make this leap of faith. To quit my job with essentially no money, nothing else lined up, and no idea of what I would be doing once I got here. I spent many sleepless nights battling my own fear – a fear that had dominated my decision-making time and time again in the past – that fear of failure whose grasp is all too powerful and all too familiar.

I took a step back and really looked at where my life was going if I remained on the same path – and all I could think of is ‘nowhere’. Putting things into perspective, I realized that even if I tried and failed, I would, worst case scenario, be no worse off than my current state. When you realize that the only thing holding you back is yourself, that you have to do what’s best for you, regardless of what some people may think – you’re able to take ownership of your own life and can take that first step.

Realistically and financially speaking, this move made absolutely no sense. 23 years old with one whole year of ‘real world’ experience under my belt and barely enough money to last me a couple months. From the outside looking in, I probably look absolutely bat-shit insane. But odds are, you’re probably in the same boat. Ask yourself this: When WILL be the right time to make the move? When WILL you have enough money? 6 months? A year? Several years? Will there ever be a right time?

Maybe today is that day. With a little initiative and creativity, you can find some work out there to sustain while you make the transition. Social media is a freelancer’s dream. Money may be a contributing factor to your obstacles, but should never be the only thing holding you back.

Finding a job in a recession.

You don’t need me to tell you that these are extremely trying times in our nation’s economy. The bottom line? Jobs are at a premium. With that being said, they ARE out there. No matter how bad the economy gets, there will always be someone out there who needs someone like you. Today it has become all the more important to showcase your outstanding qualities, define your personal brand, and tell people not only who you are, but more importantly what you can do for them.

We’ve all heard the concept of “It’s not what you do but who you know” – and in times like these, it is absolutely true. Network, network, network! Get on Twitter, Facebook, and LinkedIn – start a blog if you haven’t already – reach out to people who can help you – learn from those who have come before you. The days of scouring job boards in hopes of finding your dream gig are long gone – that’s what everyone else is doing. You have to be different, and you have to get creative in your approach.

Failure and disappointment is inevitable.

When I made the decision to quit my job and move to Chicago – I knew there was going to be a difficult road ahead. Accepting that it won’t be easy is half the battle. Leaving my Mom and Dad was one of the hardest things I’ve ever done – leaving 23 years of my life behind me in Nashville was tough because it’s all I’ve ever known. In Nashville, I felt like I was somebody – here in Chicago, I’m a very small fish in a large pond.

I sent out a countless number of resumes without ever hearing anything back. I went through many interviews only to get the generic rejection email. I spent night after night lying in bed wondering if I had made a huge mistake. But now, I look back – and all of those failures – all of those disappointments – I’ve learned immensely from each of them.

I would love to be able to tell you that my confidence has been unwavering through all this – but I’m a terrible liar. I’ve doubted myself time and time again – but each time, I’ve persevered and have been able to restore and build that confidence within myself.

If you’ve gone through anything like I have, you can relate to that overwhelming feeling of desperation; “I have to take whatever job I can get”. Employers out there are throwing out low-ball offers to young twenty-somethings because they “can” – they think they have the leverage. If you won’t take the $25,000 salary – someone else out there in the overflowing talent pool who’s more desperate will.

But I see the tables turning – fewer Gen Y’ers are desperate nowadays. Why? Because we can make it on our own. Why do you think there are so may startup companies popping up everywhere? We’re tired of “Corporate America”, we’re tired of being treated like an employee and not as a human being. We’re less willing to settle for ANY job.

In my case, through freelance and contract work – I was able to sustain (and get some very valuable experience) until I found a great job – one that was worth holding out for. In my desperation, I actually turned down a few job offers. The moral? You don’t have to settle – and shouldn’t.

Everything will be fine.

This isn’t about me. It’s about you. What I hope you take away is that when and if you find yourself looking to make big change, that you’ll be fine. That as awful and horrible as it may seem, when you’ve convinced yourself you made a terrible mistake, know that everything will be fine and that no matter what happens, you’ll be ok. Even better, you’ll come out the other end stronger and smarter.

Posted in LifeTagged getting engaged, how to network, moving to a new city, no try only do, personal growth, philosophy on life, qutting your job, value of social media