The Inconvenience of Change: Making it Fit [Carlos Miceli] 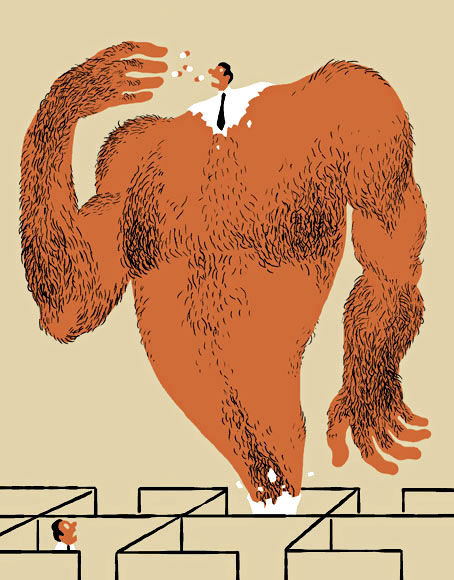 What makes you think you know what’s best?

You see, the thing about change is that it’s way too associated with habits and actions. There are countless blogs and books trying to persuade us to “do” things differently. ‘Start working out, care about the planet, donate money for charity, learn about social media’ –  the list goes on and on.

When we think about change, we think that by speaking passionately and writing eloquently,  people will automatically listen, and sometimes, this is true – there is a lot to be said for the power of a passionate speaker. In short, we think we know what’s best, we think we have it all figured out; but here is the problem: everyone thinks that. No one chooses a degree or a job thinking it’s a bad choice. We have opinions about everything, even about what we don’t know or understand. And when everything fails, we still have our good ol’ friends, our supporters, the rationalizations.

Changing is not possible. Fitting is.

Here’s the true secret behind change and persuasion. You can’t make anyone believe anything that goes against their vision of the world. We are too proud and rarely proven wrong. If discussions rarely lead to changes in people’s opinions, why would habits or activities would be any different?

Everything you do, is an opinion. It’s by listening and putting ourselves in people’s shoes, that we’ll know how to make change fit into their lives, into their opinions.

You may read 100 posts that try to persuade you to do something different, but it’s not until the 101 that you actually “buy it”, that you actually change. This happens because that one triggered something in your own mind; It made sense. You agreed with it. It left a lasting impression. That one fits. It’s an improvement, instead of a replacement.

We like feeling that change comes from within – not that someone told us what to do or inspired us to be better. But it is important to never underestimate human pride. It has gotten in the way of human progress many times. Don’t push change, make it fit. If it does, your opinions will be shared. Arguing against oneself is hard, maybe changing is the only choice that remains.

AUTHOR BIO: Somehow Carlos, living in Argentina, and yours truly, living in Nashville, Tennessee crossed paths on the social media super-highway. Odds are, if you are an avid reader of Life Without Pants, you know that Carlos is always around to lend his thoughts on almost any discussion. Carlos is passionatate about writing and reaching out to other people, and he’s always at the head of the pack when it comes to initiating conversation and making you think. He just launched his BRAND SPANKIN NEW blog, OwlSparks – head over there today and show him some love!