The Inconvenience of Change: Don’t Shout It, Live It! [Jun Loayza] 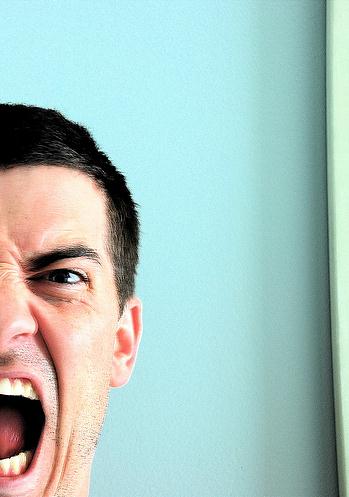 What’s holding you back?

My good friend Michael is smart, good-looking, musically talented, and personable.   He transferred to UCLA with me, was my pledge bro in Delta Sigma Pi, and even graduated with the same exact major as me.  Though on paper we may be very similar, there is a HUGE difference in drive, motivation, and ability to CHANGE.

You see, I took the corporate route straight out of college just like he did.  I sat in my cubicle with my suit and tie and did what people told me to do.  The difference is that I hated my job; he still hates his job.  I had the ability to adapt immediately without hesitation and change course to pursue something that I am truly passionate about.  He doesn’t have this ability; he has a hesitation that is holding him back from pursuing something that he loves to do.

Is it laziness?  Is it fear?  What is it that is holding Michael back?

Every time Michael and I hang out, I make sure that he hears it from me.  I tell him what he should be doing, how he should be doing it, why he should leave his job now, and how I did it.  “If I did it, you can do it too!” seems to be my motto in our conversations.

Like many of you who will be reading this, I constantly am trying to push my friends to be more productive, follow their dreams, and do what they love.  But does our preaching really work?

Talking and writing about change are not enough to make it happen.

My answer to the inconvenience of change

I think the question has to be more specific.  I believe people make temporary changes all the time: overweight people make a new years resolution to exercise, people in debt promise themselves that they won’t use their credit card anymore, C students swear they’ll start going to class everyday next semester.

And you know what happens?  After a few months, they’ll just go back to being the same exact way they were.

Permanent change is rare because it means going against your DNA.

How to make people change

You can’t.  You can’t force a change, but you can provide the circumstance to let it happen.  There are two reasons why people make a permanent change: the epiphany moment and change by example.

The epiphany moment causes an instant change in a person, like a sudden realization of truth and direction.  If something was previously unclear, the epiphany moment puts things in perspective and causes the person to change immediately.

For example, a polluter doesn’t care about leaving trash at the beach. No matter how many statistics he reads about pollution or how many people tell him that he needs to throw away his trash at the beach, he won’t make the change because it’s inconvenient.

The epiphany moment: The polluter goes to the beach again, and sees a seagull struggling to untangle himself from one of those plastic soda wrappers.  Seeing the poor seagull struggle is concrete, and may leave an impression on the polluter that could cause him to change his ways.

Blogging about change is good, but unless you’re actively getting involved, you’re not going to be creating the change.  If you blog about animal rights, you need to be volunteering at a shelter and making a concrete difference to an animal’s life.

Lets stay with the polluter example.  You can’t simply tell your friend to stop polluting; you need to change by example.  If your friend doesn’t throw away his trash when you go to the beach together, then you need to pick it up for him and make sure that he sees you do it.  This kind of change is gradual and not guaranteed, but if you are the example of the change you want to make happen, then there is a possibility that it will.

Stop trying to make it happen

Stop trying to make change happen.  You can’t.  The result will be frustration on your part because all of those around you will ignore your please and cries.  Become the change that you want, and if you lead by example, then those around you may become influenced by you.

If my friend Michael doesn’t go through an epiphany moment, then the only way I can help him is by continuing to change by example.  Because I said “No” to a job I disliked, I have inspired others to do the same.

AUTHOR BIO: Where do I start with this guy? Young, successful, and driven, Jun Loayza is a proverbial ‘jack of all trades’ – he does his thing on his own blog and with the newly launched Viralogy.com, an innovative approach to blog aggregation.  Jun and I met a few months ago on the web and since then, I’ve looked up to him as the epitome of what it means to leave the corporate world and make it happen on your own. At not even 25 years old, we’ve only seen the tip of the iceberg to what Jun with undoubtedly accomplish in the future.