The Convenience of Mediocrity [Rikin Diwan]

As individuals, we all are inherently wanting in nature.

We want to accomplish, to impact, to make proud, and to be remembered. We are rarely satisfied and in constant search of opportunities that will bring us closer to completing our personal ‘missions’. It is not always easy and we must often change ourselves before we go on to change the world – but change is inconvenient. We find that not only does society make it difficult but that inertia comes between our ability to take action and to achieve our end goals.

If there is a universal truth that could parallel the inconvenience of change it is undoubtedly the convenience of mediocrity. At this very moment I have a cup of tea nearby, a computer in my lap, music playing in the background, and four walls that hold up a sturdy roof to keep the cool air inside. I have a full-time job and granted that I don’t get fired or that the company does not go bankrupt, I’ll receive a check on Thursday precisely at midnight that will then be deposited into a bank that I’ve never even visited. Behind the scenes, there are moving parts working together to make this possible – but I’ll never be aware of or understand all of them. Regardless, at this rate I’m almost guaranteed to sail through life, start a family, advance my career, have a two car garage, and retire relatively comfortably.

My lifestyle is undeniably convenient and you could almost see me continuing along this slightly upward sloping path to live a fairly average life. Don’t get me wrong, mediocrity is not a bad thing and in fact quite admirable. What is even more encouraging is that there are only two things needed to achieve mediocrity: maintenance and imitation. Most of us could maintain our current lifestyle and fair well in the long run. Through maintenance, we’ll continue to rise along the slope of mediocrity. If we ever find ourselves falling behind, we can imitate the successes of others until we’re caught up again to a par 3 lifestyle. But for some of us, we’re still left wanting.

Rising Above the Slope 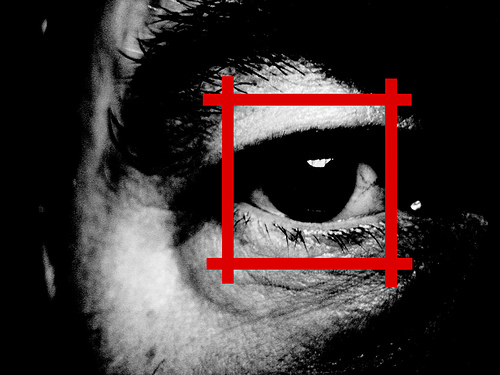 To satisfy this inexplicable urge to accomplish some greater good we must create real change. That of course leaves us wondering, how?

To be honest, I don’t think there is a universal method that applies to everyone. Some create change during a 9-5 job working for ‘the man’ while others become entrepreneurs. Social movements can be started as easily from your bed as they could on the steps of city hall with the use of current technology. Apologies for the cliche but in the end there are many paths that lead to the same destination. However, if you look carefully you’ll find that these paths share commonalities and that the troubles faced along the way are often similar.

Pitfalls: The Difference Between ‘Different’ & ‘Change’

Although I was born in England, I spent most of my years growing up in a New Jersey suburb and attended the state university nearby. Throughout this time I had felt that New Jersey was holding me back and always yearned to break free. The summer before senior year of college I applied for an internship in California, packed my bags, and took a hiatus in the valley.

Before leaving, I had dreamt that this would be my enlightenment period – that a modern day Haight Ashbury Festival would take place and I’d be surrounded by interesting people doing exciting things as soon as I landed. None of this was true and I initially felt no different while in California. I realized that it wasn’t up to California to change me and that I would have to find the catalyst somewhere inside of myself instead. Arduously, I forced each thought to be positive and accepting of new people and new things without judgement. I biked a 30 mile distance in San Francisco with a friend in just one day, met a juggling unicyclist who broadened my definition of talent, had my order taken before a female because the male bartender was homosexual, found love in the form of Cabernet and Merlot in Napa Valley, and began to feel enlightened by life. I was finally becoming the person I had envisioned while back in New Jersey. Not because of California but because of myself.

One of the most common mistakes when trying to create change is to simply replace one thing for another. I replaced New Jersey with California but ultimately the change I needed wasn’t in a zip-code but a behavior of my own. You can’t create change by moving, finding a new girlfriend, widening your circle of friends, or getting a new job. Places, people, and careers can all be different but that doesn’t mean replacing them will result in the change you’re looking for – different does not equal change.

As anything progresses it inevitably becomes more and more complex thereby providing the opportunity for a newer and simpler solution to emerge. This solution is known as a disruptive innovation because it completely alters the course of advancement and replaces the old method or technology. The theory of disruptive innovation can also be applied to our individual behavior and seen as the root of personal change.

Regardless of which path you take to create change you are essentially looking for disruptive innovations. For years and years I had solidified my conceptions of the world and who I was thereby making it impossible to change. In California, I finally saw that these conceptions were holding me back and forced myself to break them to start anew – I succeeded. Individuals, organizations, and societies all need to look for the patterns and habits that restrict growth and then disrupt them to result in change.

Nirvana – When Enough is Enough

I wanted to end my contribution to this series with a note on achieving ultimate satisfaction. Our quest for change is undoubtedly noble and in many ways necessary but it is also one that can easily become an ugly and bitter obsession. The world has seen more change in the past century or so than in any other that the fact that society simply hasn’t taken a break is shocking. In truth, this is a testament to the collective human spirit and exemplifies society’s obsession with advancement and change. However, we as individuals spend a lifetime growing, learning, and working that we shouldn’t forget to set aside time to look back without regret and look ahead with content before having to say, “Well, that was fun.”

AUTHOR BIO: Rikin Diwan is currently working (and living) in Manhattan, working for the press and, on the side, making things happen on his own blog ‘Rikin on the Web‘. Rikin (pronounced Rick-in) was one of the first bloggers I connected with when I launched Life Without Pants earlier this year and since then, we’ve become good friends (although I’ve yet to make a trip to NYC to talk social media and marketing over a few beers). I encourage everyone to check out his blog and connect with him on Twitter.

Posted in WisdomTagged advocacy, Change You Can Believe In, enlightenment, Inconvenience of Change, life, nirvana, Philosophy, rise above the rest, The Convenience of Mediocrity