Never Compare Your Beginning to Someone Else’s Middle. 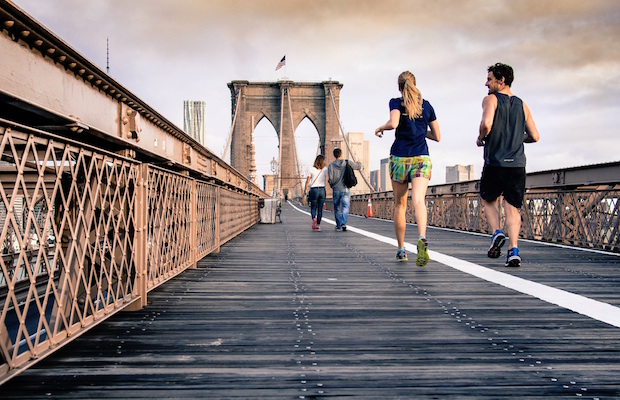 Lord knows I’m an ambitious guy. Heck, if you’re reading this, you’re probably pretty damn ambitious for yourself. We live in a society today full of dreamers and doers. We aren’t held back by the obstacle of “how” and instead, we try, we do, and figure things out along the way.

As much as you’re doing – you can always, always be doing more. But I’m not saying you should. Quite the contrary, I’m actually saying maybe you shouldn’t.

We have the innate ability (to which I blame a lot on social media and constantly being flooded with the awesome, incredible, and/or otherwise stupendous things other people are doing) – to compare ourselves, in everything we do – to what someone else is doing or has done.

Jon Acuff spoke about  this at the recent Quitter Conference, and summed up the idea perfectly in an article he wrote last year for Michael Hyatt:

“One of the great temptations for us as leaders and dreamers is to compare the start of our new adventures to the middle of someone else’s. You work on your first book and pick up Max Lucado’s 14th book and say, “Mine isn’t as good.” You post your first blog post and look at Michael Hyatt’s 100th and think, “Mine is nowhere near as great as that.” You give your first speech and watch Ken Robinson’s 1,000th at TED and think, “I’m not great like that.” It’s true. You’re not. Yet.”

I have a friend that has run dozens of marathons. Years ago, looking at my wall of three medals, I couldn’t help but think, “Wow, I suck!”. I was pretty jealous of all those shiny medals. Today, I have nearly 20 marathon and half marathons in the books. Now I’m the one with that big wall of medals.

I’ve thought the same thing when hearing about a friend landing a $100,000 client. Or see someone launch a product idea that I’ve been mulling over in my head for years but never could figure out how to put it out there.

But I’ve learned to check myself before I wreck myself. I have to – you have to – or you’ll absolutely drive yourself insane. I’ve learned to celebrate and appreciate the accomplishments of my friends and peers – to take what they’re doing and what they’ve done and use it as motivation – or in some cases simply say, “That’s awesome for them, but just not for me”.

Wherever you are in life with whatever you’re doing – you’re going to be ahead of some and behind others. That’s okay. Own where you are. Take time to embrace and celebrate that. Continue moving forward.

Never compare your beginning to someone else’s middle.

Posted in LifeTagged can't keep up, celebrate accomplishments, comparing myself to others, entrepreneurship, how to get ahead, never doing enough, never good enough, running