Make a Dent in the Universe 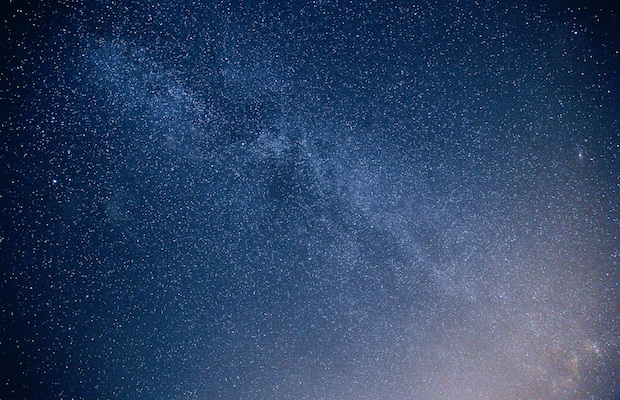 Several months ago, I was approached by a publisher who asked, “Have you ever wanted Life Without Pants to be a book?” – To which I immediately replied, “Hell yes”. It was almost as if the writing gods were watching down on me, knowing that I had been a little burnt out with my own writing, and told me “Don’t give up!”

Over the next several weeks I put together an outline, an introduction, and a “sample chapter”. The publisher’s rep and I went back and forth through an editing process and ultimately, when decision-day came, I was told they’d gone in a different direction. A big fat “no” – which I’ll be honest, in that moment, really sucked.

The first person I told was my wife. I had printed out the sample chapter I wrote and gave it to her to read a week earlier – and remember, when I found out they weren’t going with me, ripping those pieces of paper in half and throwing them in the trash. It was in the midst of that frustration and self-doubt that my wife said, “You should write it anyway. Do it anyway”.

It’s taken me about 12 weeks to truly come to the realization that maybe I should. That maybe this deserves to be written – to be out in the world. So I suppose this is my first step. Today I’m sharing with you the sample chapter I sent to the publisher, entitled, “How to Make a Dent in the Universe” – which, in my outline, was set to be the final chapter. I hope you enjoy, and I hope you’ll stick around as I continue to navigate my own writing journey – I can’t promise it will always be the best writing, but I can guarantee I’ll keep going.

That in the face of “no” – even then, especially then, I’ll do it anyway.

How to Make a Dent in the Universe

“How do you summarize in 500 words the book you’ve been waiting your whole life to write?”

This was what was running through my head as I sat down to write the words you’re now reading. Starting at a blank page – the flashing cursor just begging me to say something, anything. But before I could get the right words down – hell – before I could say anything at all, I, of course, let my fear and doubt creep in.

In times like these, it may seem like where you are and where you want to be are light-years apart. You may believe that your big dreams are dreams that will never become reality. You’ll toss around questions like:

“What am I doing?

That’s because we live in a world that leads with the finished, filtered product.

Instagram encourages us to put cool filters on our otherwise uncool photos. Facebook is rife with updates about how awesome everything is. In the “biz” we call these “#humblebrags” – you know what I’m talking about, those passive, “Oh, just working on my novel” updates that make you stop and reassess your life’s purpose – or, if you’re like me, you go and post an even COOLER tight-angled shot of your craft beer at sunset just to show how cool YOUR life is. Oh, and by the way, I’m working on TWO novels. Beat that.

But everyone’s awesome ending – the great final products we’re inundated with day in and day out (yes, even that incredibly awesome photo of your one friend’s cat) – all started as humble beginnings. Everyone, even the most brilliant inspiring minds, started their respective journey with a blank page. Sitting there – just like you and I – staring at that ever-so-intimidating blank canvas, begging us to paint our masterpiece.

A poet by the name of Eddie Cabbage wrote:

“The puzzle piece that completes a masterpiece is always the first sentence, the first brushstroke of paint, or the first note played on a jazz piano.”

But here’s the thing. Michelangelo had no idea when he painted his first stroke that he’d end up with one of the most recognized works of art in history. Mark Zuckerberg couldn’t have possibly fathomed that FaceMash (what a name, by the way) would end up with over a billion (with a “b”) users in 10 years and would be the most widely used social platform in the world. Rosa Parks had no idea that in that exact moment, on that exact bus, she’d be catalytic in bringing equality to an entire race of people.

They did know that any impactful, meaningful, historical “finish” comes from a small beginning. For you and I, it’s often the fear of not knowing how we’ll finish or where we’ll end up that keeps us from starting. In a world that encourages us to begin with the end in mind, we get stuck stifling the most important thing: Taking the first step. The first sentence. The first note. The first brushstroke.

As I continued to stare at the blinking cursor with not one profound thought coming to mind, I thought about one of my favorite quotes from David Mitchell’s Cloud Atlas:

“All revolutions are the sheerest fantasy until they happen; then they become historical inevitabilities.”

In our collective pursuit of purpose, what we most want is to leave a lasting legacy. We get clouded along the way because the idea of “legacy” seems so grand when all you’re looking at is a blank document, wondering how to type out the first few sentences.

Sometimes – most times – it’s not about taking the proverbial “leap” we hear so much about. Rather, it’s about taking one small step. Then another. Then one more. Until we turn our fantasies into tangible realities.

Christopher Columbus’ First Step (no, not on Plymouth Rock)

We all know the story of the Mayflower landing on Plymouth Rock. But we don’t often hear about the first steps Columbus took in simply trying to convince his friends and, more importantly, the royal court of Portugal that he wasn’t bat-shit crazy, that the world was, in fact, round, and that a person could set sail from one side and journey back around to the other.

That’s because this idea, while proposed by others including Ptolemy and Marco Polo, was unheard of at the time. And while not much these days is entirely unheard of, there are certainly ideas presented, discussed, and shared with the world that at first sound absolutely insane.

Christopher Columbus withstood a barrage of ridicule and disbelief from others before presenting his idea to King John II, who (you guessed it), rejected the idea and the possibility of the world being round.

But these small steps continued leading Columbus to his next and most important moment, a presentation to the King and Queen of Spain. While his initial attempts to impress and convince King Ferdinand and Queen Isabella fell a bit short, they, unlike everyone else, did not entirely reject Columbus’ proposal. With the desire to catch up to Portugal’s power and influence, this chance of epic discovery offered them a grand opportunity.

Sometimes along your quest for purpose and success, you need others to take a chance on you. You need someone else to see the potential you may not even see in yourself. Yes, like Lennon and McCartney so aptly put it, we get by with a little help from our friends.

Soon after Columbus’ presentation, Spain’s King and Queen agreed to support and finance the expedition. From here, Columbus continued the uphill climb of convincing an entire nation to support his cross-Atlantic adventure. Not unlike a new startup in today’s world pitching investors and supports, Columbus needed the support of others – the support of many – to turn his vision, his dream, and his beliefs into a reality. In April 1492, after many, many more discussions, presentations, and negotiations, Spain provided Columbus with everything he needed to set sail. And set sail he did.

Intention is absolutely nothing without action.

The best (and only) way to make things happen – to make history – is to get moving and start doing. Seth Godin (a pretty smart dude and one of my favorite writers – seriously, if you haven’t read his stuff go to your local bookstore and grab a copy of Purple Cow, Linchpin, or Poke the Box) wrote something on his blog a few years back that I bookmarked and read when I’m feeling stuck (that is, when I’m not watching reruns of Boy Meets World).

“There’s never been a better opportunity to step up and make an impact, while we’ve got the chance. This generation, this decade, right now, there are more opportunities to connect and do art than ever before. Maybe even today. It’s pretty easy to decide to roll with the punches, to look at the enormity of natural disaster and choose to hunker down and do less. It’s more important than ever, I think, to persist and make a dent in the universe instead.”

Seth wrote this a few days after Hurricane Sandy –  the deadliest and most destructive hurricane of the 2012 Atlantic hurricane season, most well known for the devastation of the Jersey Shore and Atlantic City.

If you’re like me, there have been times when you’ve done nothing because you think it’s not enough.

Why give twenty dollars to a cause that needs twenty-million? Why write a book if everyone in the world isn’t going to read it? Why start a company if it’s not going to be the next billion dollar enterprise?

In the pursuit of “doing something great”, what if your contribution isn’t “really great”?

The problem is not doing something great, but in defining what “great” really means. Greatness is relative. It isn’t measured by a grand impact. We can’t all discover America like Christopher Columbus. It isn’t measured in quantity or reach. Extraordinary people are not extraordinary based on the size of their audience, but rather, their contribution.

I finally got tired of looking at the blinking cursor on my screen and started writing. It wasn’t perfect. It sure as hell wasn’t very pretty. But it was something.

Astronomers have measured the universe to be (at least) 28 billion light-years in diameter. I don’t even know exactly what that means, but I know there’s an almost infinite opportunity to leave your dent in something that’s measured in light-years.

A lasting legacy is made up of little moments. The twenty dollars you DID give to the twenty-million dollar cause. The book you DID write that resonated with someone. Try. Act. Give. Write. Ask. Work. Create. Live. Whether you like it or not, you’re making a dent in the universe. Make it a good one.