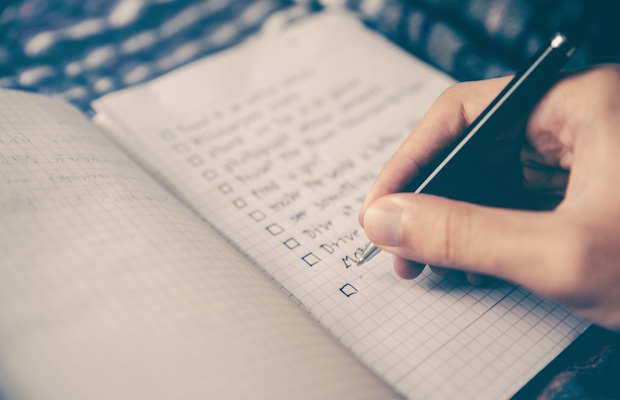 Nearly five years ago I started writing. Not necessarily writing for me. Writing for you. Five years ago I bought a domain, designed a pretty WordPress theme, and started writing about what I knew people wanted to read. Some of it I wanted to read myself, but a lot of it was to gain subscribers/followers/fans and build a platform for myself that allowed me to start my own company.

And It worked. If I hadn’t ever become a content creator – if I hadn’t ever put myself and my thoughts out there for the world, I know damn well I wouldn’t be where I am today.

Eventually, though, the song and dance of getting people to read, share, like, and follow you gets old. It gets old because you find yourself lost in a place that you never really wanted to be in. Writing becomes a chore – a means to an end toward a goal of gaining readers and making sales.

I eventually found myself contributing to the noise – instead of breaking through it. I’d spend 30 minutes writing and another hour editing, looking for the perfect picture to pair with the articulate, making sure there were easily sharable quotes so my 10,000 Twitter followers would share my wisdom with the world. It was so little about the actual writing and so much about the presentation. In short, it got old and I got bored.

My energy as of late has been in growing and building my company, but when it comes to blogging and writing, I’ll admit, I’ve found myself wandering and wondering where to go with it for some time now. But what I’ve realized is that writing should be about just that. The love of the written word. The articulating of ideas. The passion for being creative. That’s why this all began. That’s what I get excited about when I call myself a writer.

Look, I get it, content creation is a great way for your brand to show personality. It’s a great way to build traffic and increase sales – and I’m not sitting here saying that there won’t be an outlet of my writing away from here that is heavily geared toward getting folks to buy my stuff. But this space is a space to create – to think – and to flat-out say what’s on my mind.

As my friend Colin Wright wrote on the topic:

“I love being able to write what I want, unconcerned about going viral or constructing the perfect headline. I love not feeling pressured to add one more list or how-to guide to the dogpile of lists and how-to’s the blogosphere has become. I love being okay with telling stories or writing essays that don’t have a point beyond telling a story or sharing a thought; no sales pitch, no upsell, no marketing ploy, no promising some kind of ‘free ebook’ if you sign up for whatever-the-hell.

My new approach is naive, in a way, and I know this. I know that I could be selling more work by putting more pressure on my readers to buy my books and share the links with their friends and so on and so forth.

But it’s a naivety I’ve earned, I think: I’ve put in the time so that I don’t have to be that guy. So that I can produce what I want, make it available for those who want it, and leave it at that. I don’t want the relationship I have with my readers to be a sales relationship. I want the sales, if they occur, to be secondary; incidental, even.”