Twitter is one of the most valuable communication and social networking tools to date – they have taken the KISS (Keep it Simple, Stupid) mentality and ran with it – which has been supremely successful thus far. Where it will go from here once advertising and these so called ‘Pro’ accounts come in into play (it’s inevitable folks), who knows what we’ll be dealing with. But today, right now, Twitter allows you to establish connections with like-minded individuals and companies in 140 characters or less.

One of the pitfalls I see forming within the Twitter community is this concept of ‘Follower hoarding’ – look no further than the Ashton Kutcher vs. CNN competition for a crystal clear example of this. Jun Loayza posted a great discussion on this a few weeks ago, labeling people as either ‘Twitter Hoarders’ or ‘Twitter Snobs’. 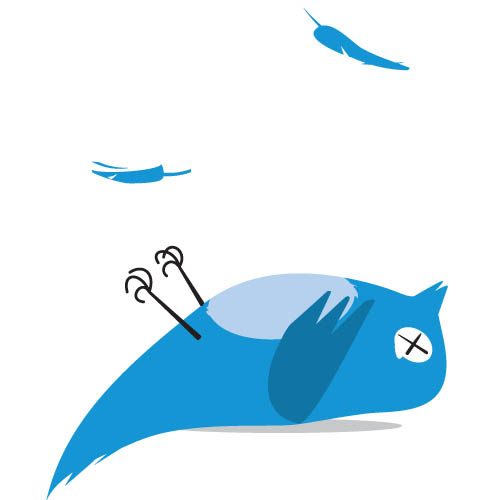 Essentially, a Twitter Hoarder is someone who follows as many people as possible, thousands and thousands, in order to get those people and more to follow them back – doing this (to an extreme) makes it virtually impossible to form one-on-one connections with everyone. In short, a ‘Twitter Hoarder’ is missing the value and usefulness of social networking – their reach may be wide, but their connection and interaction is limited.

Then we have the so called ‘Twitter Snobs’. These people are very limited in who the follow – they claim to value the connections with those who they follow, and while they may have 1,000 people following them, they’re probably only following a select 100-200 back. They are very involved with the people they do follow, but neglect the rest, rarely taking the time to reach out and follow back.

So where am I in all this? I side with the latter over the former, or at least have been up until my recent epiphany. I only joined Twitter a few months ago, back in February – and already I have established a solid network of 400+ followers. The majority of these people are bloggers, writers, designers, people who have at some point come by and commented here, and personal ‘real life’ friends. I greatly value the relationships and connections that I have forged over the past several months – and my focus has really been to nurture and develop these one-on-one connections with a relatively small audience.

But then I started thinking. I asked myself,  ‘Why am I not following half of these people back? Why am I making everyone come to me, when there are probably a ton of awesome people (such as myself) sitting out there waiting to be found? Why am I being a ‘Twitter Snob’? I had become so consumed in my own niche that I failed to realize the potential that’s out there, the virtually untapped market of awesome bloggers, entrepreneurs, marketing gurus, web designers, authors, and everyone else who could contribute to my community here at LWP, and who would more than appreciate someone like me being included in THEIR network (yeah, I’m modest too).

It was all this discussion lately on ‘reaching out’ and ‘stepping outside your comfort zone’ that made me realize that, while connections and relationships are the life-force of Twitter and social media, many of us, myself included, are pigeon holing ourselves by becoming so ‘exclusive’ in who we follow. I think there is a fine line between reaching out and expanding your audience and following and ‘hoarding’ followers. But here is what I’ve done, and what I believe all of you should think about as you travel down your path of ‘Twitter enlightenment”.

Go through your follow list and take some time to do a little weed-pulling. There are going to be some people who you end up following that you’ve never talked to, never had a connection with, and provide nothing of value to your social networking experience – there’s no need for excess, so nip and tuck where you can, slim things down a bit before you expand.

There are obviously different beliefs on this – I used to think I would pick and choose who I would follow back – but now I’m willing to give everyone, at least, a chance. If someone reaches out to follow you, odds are, more times than not, there is a reason behind it. See who they are, check out their blog or website, find out a little more about them, then follow them back – forge a new friendship.

This is probably the most important step in the process. Once you’ve established a mutual follower/following relationship – reach out and say hello, @ reply something to them, get involved in one of their conversations, or better yet, take it a step further, visit THEIR blog and comment on a couple discussions – People eat that **** up, myself included – we all love when new people come though and show us some love, but the old creed rings true “You get what you give”.

Don’t wait for everyone to come to you – yes, I think part of all this should be natural, I don’t recommend getting out there and following thousands of people in hopes that they’ll follow you back. That isn’t what this is about. What it’s about is reaching out and forming bonds with meaningful people – people you can connect with. It’s possible to have a big following and connect with a lot of people. Maybe you won’t reach each person on a given day, but you can broaden your horizons without getting ‘too big’. I went to Monica O’ Brien and several of my other ‘trusted’ connections on Twitter and added some of the people they were following. Take a look at the people I’m following – 95% of them are people that are worth following and will follow you back – reach out and make some connections!

This entire process is cyclical. Everyone you reach out to won’t reciprocate, even through all your attempts you may get some people who you never connect with. After a while, start back at step one – give it time, don’t expect everything at once, but if there’s no connection there, clean house a bit, rinse and repeat.

So there you have it, in great detail, my transition process and my new-found open-minded approach to social media as a platform. The bottom line is: You get what you give, and the more willing you are to reach out and invest in new connections and relationships, the more you’ll be reciprocated. As we continue to talk about reaching out and increasing our influence and impact as bloggers and entrepreneurs, utilizing these tools available in our arsenal are absolutely critical to achieving widespread success. BUT, always remember to never forget where you came from, and never forget the people who helped you get where you are today. Forming new connections is key, but nurturing the old ones is just as important. Take care of yourself, and each other.