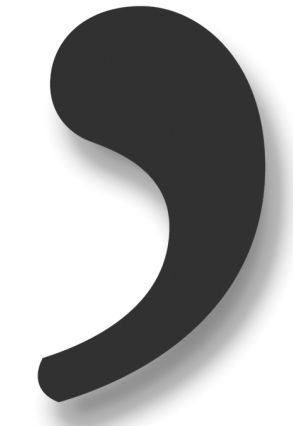 My weekday morning commute almost always consists of listening to Mike & Mike on ESPN radio. Amidst the four hours of rambling, Sportscenter interruptions, and not-so-funny jokes, M&M will throw in a nugget a wisdom – a profound statement that even the casual listener can take away and apply to the ‘big picture’.

Earlier this week they brought up an interesting point when talking about high-profile Baseball players and their steroid use. (As an example) Alex Rodriguez is without a doubt a player who will go down in history as one of the greatest ever – but before everyone talks about his stats and records, there’s going to be an asterisk, a blip on his radar that mentions his illegal usage of ‘performance enhancing drugs’. Mike(s) had this t0 say:

“What comes after the comma when you read someones name is just as important as the name itself”.

Think about it. When we talk about A-Rod, his legacy will forever read “Alex Rodriguez, admitted to using banned substances from 2001 to 2003, and the youngest player to ever break the 500-home run milestone.”

What stands out? What comes after the comma?

Just this week, Louisville Men’s Basketball coach Rick Pitino has been in the spotlight with the story of his now confirmed affair, during which he was accused of rape (which he was not charged for). Will this act of indiscretion ruin his legacy? Of course not. But will it tarnish his reputation as a man, father and husband, role model, and most importantly as a leader of young adults on (and off) the basketball court? Within all of the championships and success stories, will there be something less-than-desirable after the comma? Without a doubt the answer is yes.

How about Michael Vick? Even if he makes a roaring comeback and wins twenty Super Bowls, he will forever be remembered as a dog murderer. His 23 month stint in Leavenworth will forever show up after his comma.

This concept isn’t limited to athletes and public figures – it applies to every single one of us. In short, people pay more attention when you stumble than when you succeed. And in that sense, it’s important to live with the awareness that anything, for better or worse, could potentially be in your headline after the comma. Your legacy isn’t defined by who you are, but what you do.

What will we see after your comma?