A Good Old Fashioned Look at Getting Shit Done. 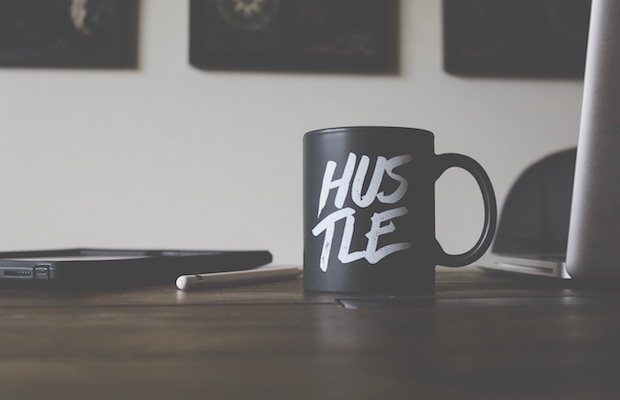 I’ve had a job since I was 15. I started down the path of earning a paycheck with a summer stint bagging groceries at the local market. And ever since, I’ve earned everything that’s come my way.

I bought my first car from my mom for Kelly Bluebook value. I’ve paid the bills – paid the rent – bought two more cars, took out a mortgage, traveled around this fine country, and started a company all with my own two hands. My determination and my willingness to work hard – something that is vastly overlooked as a true skill in today’s day and age, is what’s led me to where I find myself today.

Through my life I’ve been building and creating – and I’ve barely slowed down. Sure, at times it has been demanding, exhausting, and outright frustrating. But its also been incredibly rewarding and fulfilling to see what one person can create if he’s willing to put in the time and effort. When he’s willing to, through all obstacles, continue putting one foot in front of the other.

I’m not entirely unique in possessing this work-ethic, but I’ve found in my experience that it’s more of an asset than I realized. Many of us aren’t willing to work hard and invest ourselves fully into our work. Maybe that’s because many of us have yet to discover work that truly does “matter”. Maybe it’s because many of us have the perspective that work will always be “just a job”.

I read something the other day that said, “Work at least as hard as you party”. It struck me as incredibly poignant. You would of course be willing to work tirelessly for that something you’d consider to be a “dream job”, right?

Those we admire and respect (maybe even envy) who have awesome jobs and are doing brilliant, amazing work didn’t simply arrive. They hustled. They grinded. They came in early. They stayed late. They asked questions and experimented and tried and failed. And you know what? They still haven’t arrived. The work ethic they possessed to get them to where they are is still just as critical to possess once you’ve achieved the success you’ve worked for.

Ask yourself this daily: Is today worth it?

If it isn’t, find a way to pivot your focus. If it is, you know as well as I do that nothing can stand your way. Either way, keep moving forward. Keep working.

The life you want to create for yourself is forged through the triumphs, failures, high-fives, frustrated rants, and hard work that happens along the way.